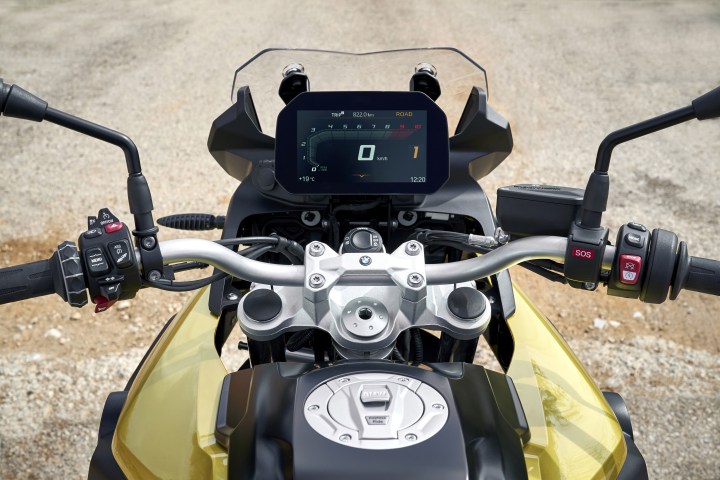 Here is your phone! 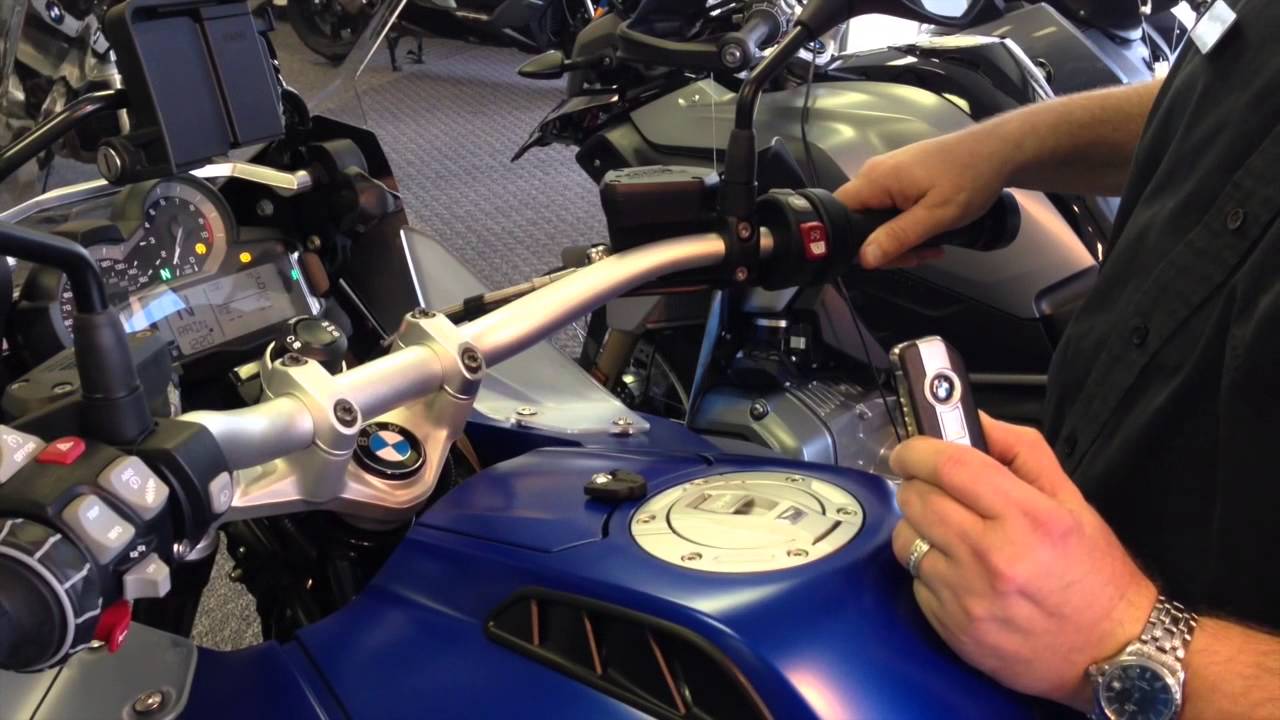 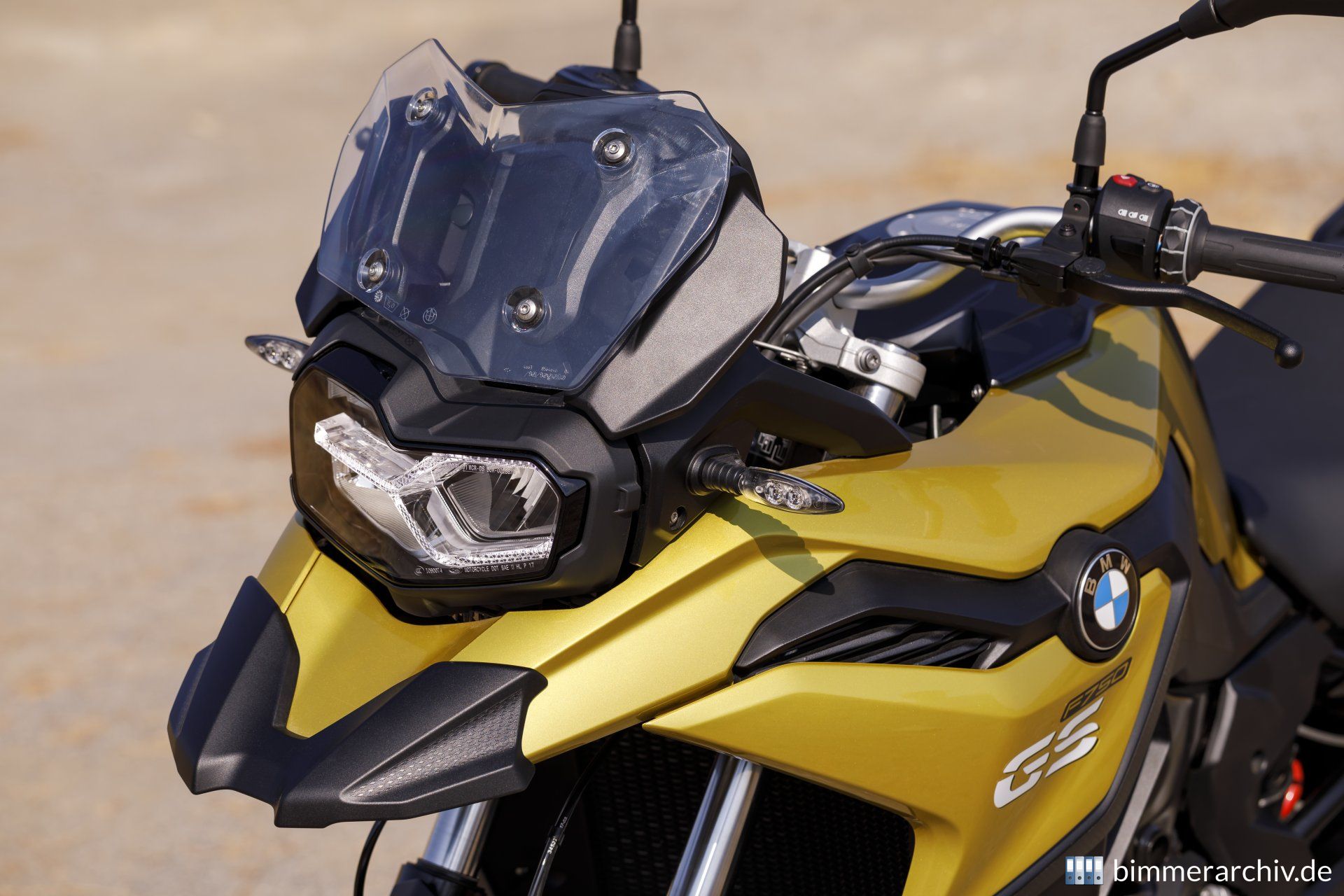 My current motorcycle is now 10 years old, was bought in 2008 and I had a lot of nice trip with it. However, is getting a tad long in the tooth (so to speak), so I was considering the idea of replacing it and, since I was satisfied with both the model and the brand, I was looking at the new BMW, the 750.

Anyhow, I decided to take advantage of the nice weather in the week-end and go for a quick test-ride. I have to say that this was in no way a "full test" since it was a quick "trip around the town" of about half an hour, but it was enough to have a taste of what the bike has to show.

Let's start with what is evident.

The bike looks very similar to the old model and there is no deny that it looks like a GS. The basic differences are that the fuel tank has been moved from its position under the saddle to the "standard" position in the front and center. This obviously changes the weight distribution and it means that if you want to fill up the tank to the maximum capacity you'll have to put the bike on the center stand.

Another visible difference is the key. In the sense that there isn't one. The new 750 (and the whole line apparently) uses the "keyless" concept (of which I am not a very fan of) so the "key" is actually a passive transmitter and you need to merely have the key in your pocket to start the bike. This also means that there is no stearing lock (there is one but it's electromagnetic).

Another change is the chain, that is on the LEFT side of the bike while the exhaust has moved to the right. The front fork sports double disk breaks while the rear a single disk.

The bike that I tested was almost "full optional", in the sense that had all sort of electronic gizmos that maybe appeal to some sort of riders, but to me, they look a lot like electronic garbage and I'd traded all of them for something more useful, like an higher windscreen, one that actually kept the wind away from me or hand protections, again: keep the wind and the cold away from me.

Instead, we had the lates toys: the cockpit looks like somebody decided to glue a tablet to the front of the bike. And I can't deny that it's readable even under direct sunlight, but it doesn't really seems any better than a classic motorcycle cockpit. What it does, is allow you to use that "mouse-wheel-thingy" on the left handlebar to do... I don't know, something. I admit that while the guy at the garage was illustrating its uses I couldn't stop thinking "yeah, sure, so you run into the ditch after 20 seconds!". I mean, we have enough assholes that drive with the attention solidly focused on their phones and not on the road, and the results are kinda clear, don't tempt them even more.

Anyhow, let's go with the bike that is better.

The engine is the same 2 cilinder in parallel that was on the old 650, and the rest of the line (with the exclusion of the big 1250 that is still sporting the german boxer), however the engine has been retuned to feel and sound more like a v-twin. I don't know about that, if they wanted the 'sound and feel' of a v-twin, why didn't they used a v-twin? As any "modern" bike (built in the last 15 years), the injection and ignition are all electronic, this allow the on-board computer to apply different "modes" to adjust the response of the throttle, the ABS, the traction control etc. etc. So you can choose severl different "driving" mode.

Now, I've had a very short time and so I didn't even tried the different mode, but can't shake the feeling that this is yet another useless gimmick that maybe appeals to some sort of riders but is absolutely useless in the end. The jury is still out on that.

The seat is higher than the old 650, but just a tad, even if I am on the shorter side, I could ride it without too many trouble. What I noticed is that I had to go look for the break pedal, it is a tad on the inside and not really in axe with the peg, so I had to really turn inside my foot to hit it. Also, I had the impression that the break lever was too low. Of course both can be easily remedied with a screwdriver and a plier but it is something I noticed because it's the first time it happens on a bike.

BMW has given up with the signal controls split on the two hand. Now there is one single switch on the left. Like is on basically all the other bikes. However, because of the crappy mouse-wheel-thingy, I had to actually move my left hand from the handle to reach the signal. I suppose that not having the "wheel-thingy" would solve that problem. Also, I kept hitting the horn button, that should be moved away from there IMHO. Actually, why there is an horn at all? Let's face it, nobody is listening. Let's get rid of horns on vehicle at all.

The tour wasn't anything incredible, the engine responds fine, the on-board computer is a pain in the ass and tells you to shift gear every 20 seconds, the first gear in particular is a bit too "raw" and the second seems too short, but is probably something I could get used to in a short time if I use the bike for a bit.

In the end, I returned to the shop with a positive impression and I'll probably proceed with the "upgrade" next year, when the weather move to a more "springy" condition.

However... The excess of electronic and all the focus that was placed on the "look how cool all this garbage is" let me with a strong impression, so here it comes: I am convinced that we've reache "peak motorvehicle", with this I mean that the vehicles (all of them: cars, motorcycle, trucks...) that are now available are technically identical to the ones of about 10 years ago. Between them they have the same engines, not just as principle, the alloys are the same, the technical construction is the same, the "engineering" is the same, same things for the suspension, frame, light etc. etc. Those things have been perfected in the past 30 years and now, if you want somethig marginally better, you'll have to spend a massive amount of money. Do you want electronic shifting? You can get it, it costs a lot of money more and it delivers a very little advantage or improvement versus a "normal" shifter. Right now, because of the mass-production and the fact that all those things have been known for a while, if you go buy a car, you'll get basically everything that was considered "wonderful" 20 years ago. ABS? Is there. Cruise-crontrol? Sure. Traction-control, again: is there. In fact, if you hear somebody saying that their car don't have 'abs'... you think "why? what is the problem?". It is so inexpensive (in the grand cost of the thing I mean) and "normal" that not having it is just idiotic.

So... What next? Well... I don't know and it seems the motorcompany don't know either. They realize they need to keep improving (do they? need improving I mean) but they don't know how or what. What they can do (and they do) is to add more garbage on top. Hey! we have GPS! Yes, we had that for about 15 years now, is not even new anymore. How about having it integrated in the cockpit? ...Fine I guess, but keep in mind that the focus of the driver should be on the road, the REAL one in front, not the digital one on the screen. Ok, let's add controls so you can manipulate the gps and the rest of the stuff without taking the hands off the stearing! Ehh... Wait a second dude, "not taking the hands off" doesn't mean that the attention doesn't shift from the road to a little screen on the side! How about integrating this with your communication thinghy so you can take and make phone calls while riding? NO! FUCK NO!

But I'm afraid is a lost cause.